Menu
Biovet organizes a technical seminar for its Egyptian costumers

Biovet organizes a technical seminar for its Egyptian costumers

On 28th February 2020, Biovet S.A. received representatives of its distributor in Egypt and offered a technical seminar in Tarragona. In the meeting, the use of natural products to prevent the main diseases that affect the sector in the country were presented.

During the event, the importance of poultry sector in Egypt was highlighted. The country occupies an important position in the ranking of African countries producers of broilers and eggs and it stands out for its growing turkey production. Protozoan diseases, mycotoxicosis, immune deficiencies and feed conservation problems are some of the problems that affect the industry. The team of Biovet S.A. offered natural solution for the prevention and mitigation of these problems.

The technical team of Biovet explained the mechanism of action of Alquernat Antitox. It is a mycotoxin binder with a broad spectrum of action based on the patented molecule Silicoglycidol. With the product, mycotoxins go through the intestinal tract without being absorbed and without pathological effects.

In addition of its positive effect on laying hens and broiers, it was highlighted its effects on the reduction of aflatoxin M1 in milk. Several trials have demonstrated that it is an effective product to mitigate the effect of aflatoxin contamination in dairy cows.

Pronutrients to prevent protozoan diseases and to enhance immune system

Pronutrients also have an important role in the meeting. Alquernat Coneb was one of the products explained. It is a natural anti-protozoan effective for the prevention of infestations in poultry. Given the growing market of turkeys in Egypt, its use was focused on turkeys to prevent Cochlosoma and Histomona.

On the other hand, the importance to enhance the immune system in poultry was also discussed. In that sense, it was explained the use of Alquernat Immuplus as natural immunostimulant. In the meeting, results of trials that show an increase in antibodies titers with the use of Alquernat Inmuplus at the time of vaccination in broilers, layers and turkeys were presented.

Finally, the mechanism of action of Alquermold Natural was detailed. It is an effective microbiocide made with plant extract which acts booth as feed preservative and for the control of the intestinal flora.

Its use allows to prevent the appearance of digestive infections such as enteritis necrotic as it prevents the growing of Salmonella, E. coli, Clostridium and Staphylococcus, among others, and does not affect the beneficial flora. 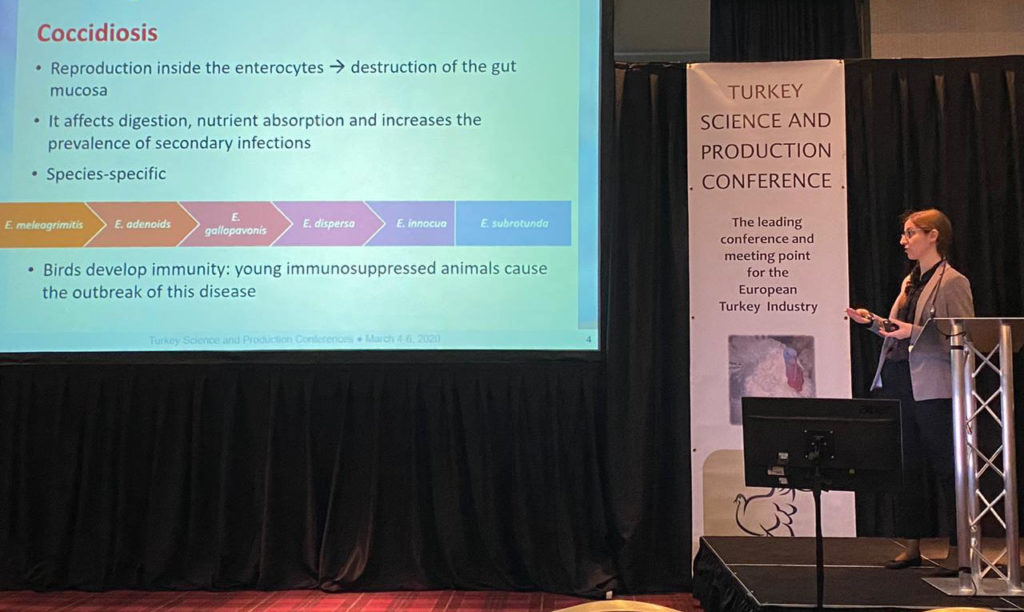