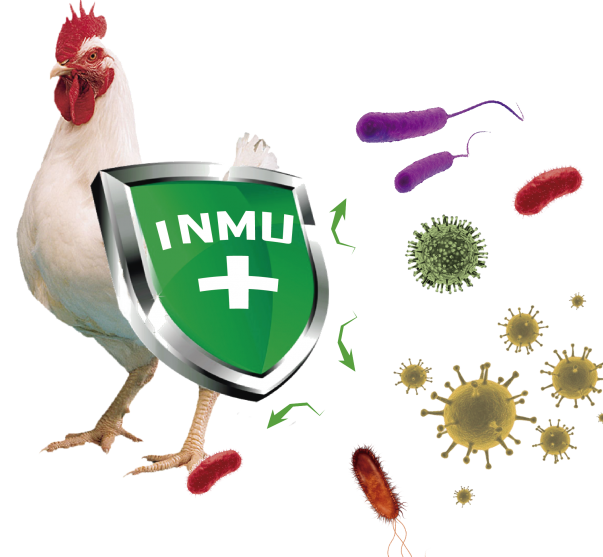 On 15th April 2019, Biovet S.A. obtained the patent of Alquernat Immuplus. It is a natural immunobooster based on pronutrients which strengthens the immune system of the animals, improves resistance to infections and the effectiveness of vaccines.

Alquernat Immuplus, available in premix powder and oral solution, is composed of plant extracts with a high percentage of active molecules, called pronutrients, with an immunostimulant action. Pronutrients are complex organic molecules from plant extracts able to stimulate or regulate the physiology of the animals without a pharmacological effect. Its administration strengthens and maintains animal health and has a positive effect on the production and economic parameters.

In particular, the effect of this immunostimulant improves the effectiveness of the immune system in both young and adult animals and significantly reduces mortality. In addition, it improves the immune response against immunosuppressive pathologies such as Gumboro, Newcastle or infectious bronchitis, among others; it also helps to reduce the use of antibiotics and improves the response to vaccination.

It is a natural product that does not create resistances, innocuous and does not leave residues. It can be use in poultry and pig farms.

Alquernat Immuplus is part of the Alquernat line of Biovet S.A., which is composed of natural additives based on pronutrients. The idea of developing these products arises from the global need to eliminate certain substances that are used in animal feed. Some examples are antibiotic growth promoters or chemical coccidiostats, among others, that generate more resistance and the presence of residues in animals and their products.

Pronutrients are good natural alternatives with a positive impact in animal farms and also on the production parameters and animal welfare.