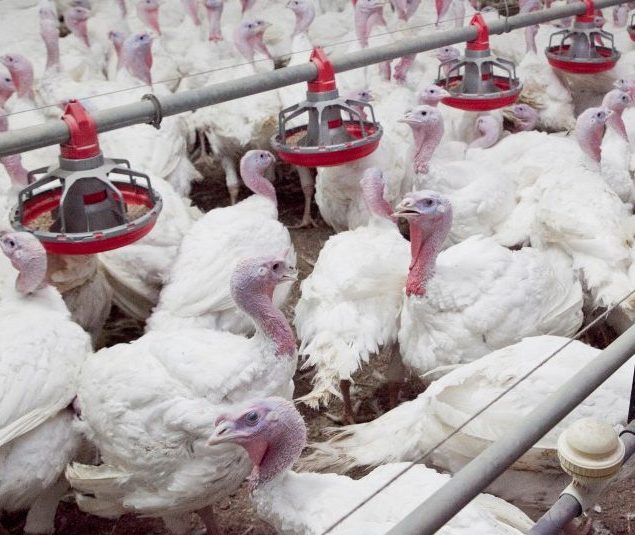 Dr. Júlia Pié and Biovet’s manager Carlos Domènech visited the United States between May 6 and 10. During the stay, they met with representatives from leading poultry farms in the states of North Carolina, South Carolina, Missouri and Mississippi. Farmers showed special interest in the use of natural additives to improve the health and nutrition of broilers, layers and turkeys.

Amongst the most demanded additives by the industries consulted are those aimed at preventing enteric infections and other natural products designed to improve intestinal health, which can function as real substitutes to antibiotics and other synthetic products.

Dr. Pié and Mr. Domènech also visited the facilities of the North Carolina State University (NCSU) in Raleigh, where they were able to see first-hand results obtained from a trial carried out by the American university with Biovet’s antiprotozoan Alquernat Coneb.

Alquermold Natural: a natural preservative for the prevention of enteric infections

Alquermold Natural is a natural preservative made of plant extracts. Its bactericidal and fungicidal action is based on its active ingredients: the cimenol ring and the citric acid, which penetrate and destroy pathogenic cells.

Besides preventing feed deterioration and the appearance of mycotoxins, Alquermold Natural also acts as an intestinal biocide, mitigating the effect microorganisms in the animal digestive system and, thus, preventing the outbreak of enteric infections, such as necrotic enteritis.

Trial with Alquernat Coneb: promising results in the prevention and treatment of Cochlosoma infections in turkeys

Diseases caused by the action of protozoa are relatively prevalent in the turkey industry. This is the case of cochlosomiasis, caused by different species of Cochlosoma and with special intestinal incidence. It can trigger atrophy and catarrhal enteritis and negatively affects production parameters when the infestation occurs in poults or adult specimens.

Through an essay carried out by the NCSU, the effectiveness of Biovet’s antiprotozan Alquernat Coneb has been proved in the prevention and treatment of Cochlosoma infections in turkeys. The research project has been developed entirely in the new facilities of the American university, in isolated cages – or isolators – with experimentally infected turkeys.

Conference on the use of pronutrients to prevent protozoan diseases at the Turkey TimesRead more.