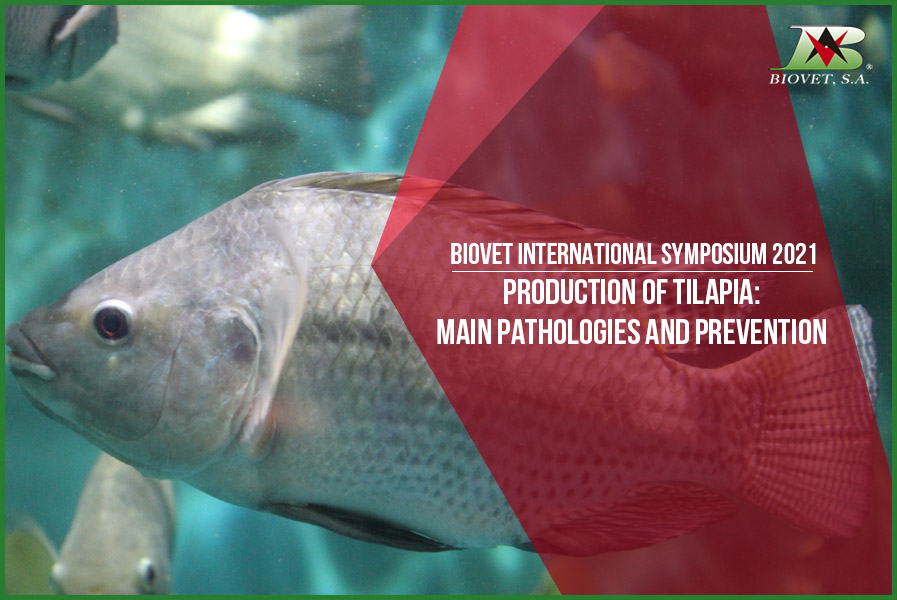 The conference was presented in the Biovet International Symposium for Asia

The Biovet International Symposium for Asia was held on Thursday 25th March online. In the training Dr. Ekaitz Maguregui, veterinarian of Biovet, presented a conference on the main pathologies in the production of tilapia worldwide. The conference also presented prevention mechanisms that include the use of mycotoxin binders and pronutrients in the diets to stimulate the proper functioning of the organs.

Globally, tilapia is among the most important species produced in aquaculture. Top tilapia producers are China, Indonesia, Egypt, Philippines, and Bangladesh. The success of tilapia production is due to its characteristics, as it easily adapts to different culture conditions, and has high reproductive and growth capacities. In addition, its good value for money makes it an extremely popular product among consumers.

Industrial production of tilapia favors the presence of predisposing factors that lead to disease outbreaks, particularly those related to stress.  These factors can be environmental, related to the animal or to the pathogen and impair the functioning of the immune system, a situation used by microorganisms present in the environment or the animal to cause a disease outbreak.

Main diseases that affect the production of tilapia according to its etiology are:

These infectious diseases are compounded by other problems of different origin, such as mycotoxicosis or pronutrients deficiency.

As is common in animal production, industrial tilapia production also faces the problem of mycotoxicosis. Mycotoxins are highly resistant to heat treatments such as pelletization and extrusion and different species of fungi can reach tilapias through contaminated feed.

Worsening of the feed conversion rate, reduction of the growth rate and immunosuppression are some of the effects of mycotoxins in tilapia. To prevent it, it is highly recommended to use the mycotoxin binder based on Silicoglycidol of Biovet .SA. This patented molecule can protect tilapia against a wide variety of mycotoxins, thanks to its optimized molecule and its broad spectrum of action.

Pronutrients deficiencies is another problem found in tilapia production. Pronutrients are molecules from botanical origin that can stimulate certain genes in the DNA and then promote animal physiology. It is crucial to include pronutrients in tilapia diets to improve production parameters, optimize reproductive results and reduces mortality and morbidity.

Tilapia production has led to the appearance of predisposing factors that cause disease, mainly immunodeficiency caused by stress.

The lack of effective treatments makes prevention the best tool to achieve good performance results and low mortality rates. Prevention should be based on avoiding stressful conditions, such as sudden temperature changes or inadequate pH values; the inclusion of mycotoxin binders in the diets, such as Silicoglycidol, and the administration of a balanced diet with the pronutrients necessary for a proper functioning of the organs.