Menu
Alquernat Zycox: five indicators prove that it is effective to prevent coccidiosis

Alquernat Zycox: five indicators prove that it is effective to prevent coccidiosis 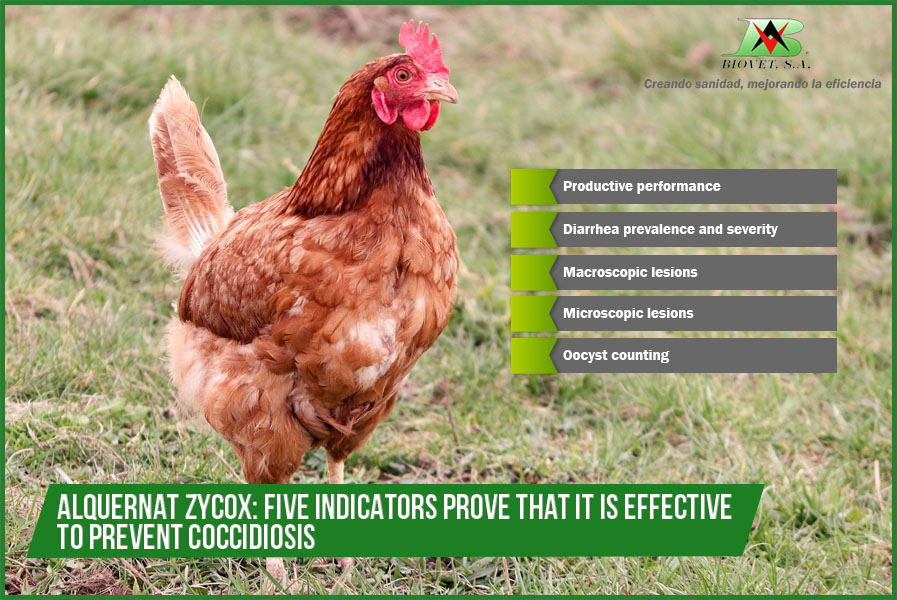 The product improves the parameters used to evaluate an anticoccidial program

Despite there is a huge inversion every year in coccidiosis prevention and treatment, this disease has a severe economic impact in poultry worldwide. This is because, many times, anticoccidial programs used in the farms have a limited efficacy that decreases with time.

How to choose the best anticoccidial program

There are many anticoccidial programs, most of them based on chemical and ionophore coccidiostats, whose the efficacy has decreased lately due to the development of resistances. Because of this, traditional products are becoming obsolete and the implementation of natural solutions to prevent coccidiosis without resistances, such as pronutrients, is gaining in importance.

Choosing the most appropriate and effective anticoccidial program is an important decision. The making of wrong decision is usually due to the fact that it is only based on productive results, because performance can be affected by many factors not related to coccidiosis.

To decide what anticoccidial program is truly effective, performance and other coccidiosis must be assessed.

The main indicators include, apart from the zootechnical results, the prevalence of diarrhea (morbidity), macroscopic and microscopic gut lesions and the oocyst counting.

Alquernat Zycox can improve the five key parameters against coccidiosis

Alquernat Zycox is a product based on intestinal optimizer pronutrients from plant extracts that physiologically stimulate gut local immunity. This local effect makes animal ready to fight the coccidia that reach the digestive tract, so that it the organism can eliminate the parasites and prevent the disease.

The efficacy of the product was tested in many field trials where the effects on performance, gut health, intestinal lesions, and oocyst counting were evaluated, in comparison to the use of coccidiostats.

Regarding the other important parameters, broilers that were fed Alquernat Zycox showed more consistent feces and a faster recovery of the normal consistency, lower intestinal lesion scores (macroscopically and microscopically), and lower oocyst counting, which decreased faster than in the coccidiostat group (see charts).

Results showed, once more, the ability of Alquernat Zycox to prevent coccidiosis, since it improved the five key indicators of an effective anticoccidial program. Additionally, it proved to be more effective than traditional coccidiostats.

The solution based on intestinal optimizer pronutrients marketed by Biovet under the name Alquernat Zycox was effective to control coccidiosis, based on the observation of the five key indicators of coccidiosis.

Apart from its high efficacy, Alquernat Zycox does not create resistances and its efficacy remains stable with time, it does not leave residues nor requires a withdrawal period. This is because the metagenetic mechanism of action of pronutrients is based on the stimulation of specific genes of the DNA and the production of specific proteins in the animal organism.

Moreover, the product can be used as a natural solution against coccidiosis to replace other products, in combination with cocci vaccines and coccidiostats (on top), or in shuttle and rotation programs. 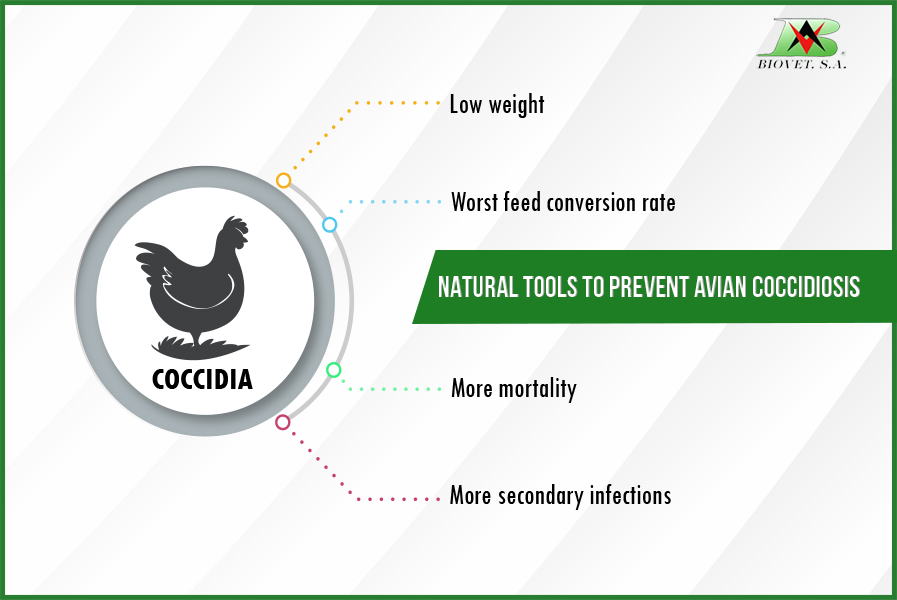 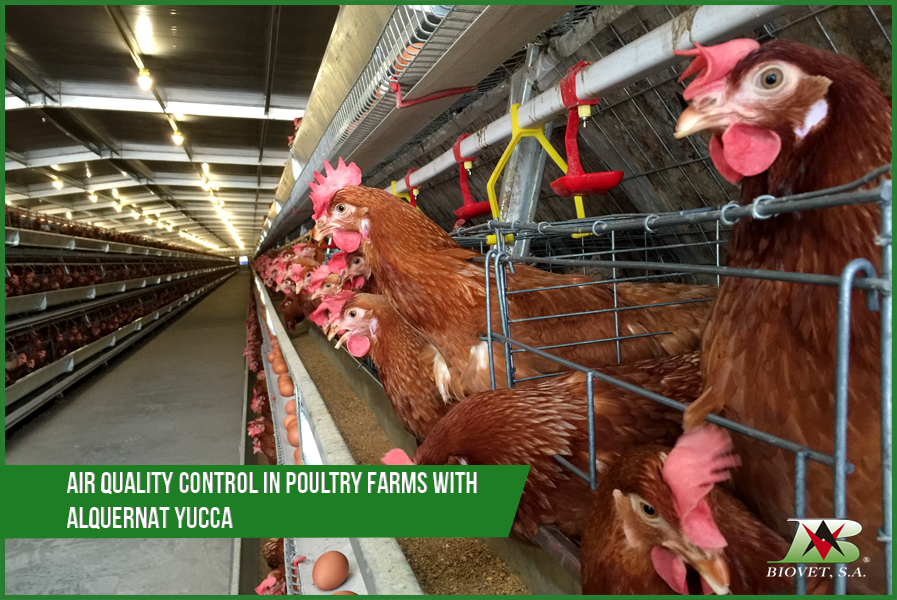 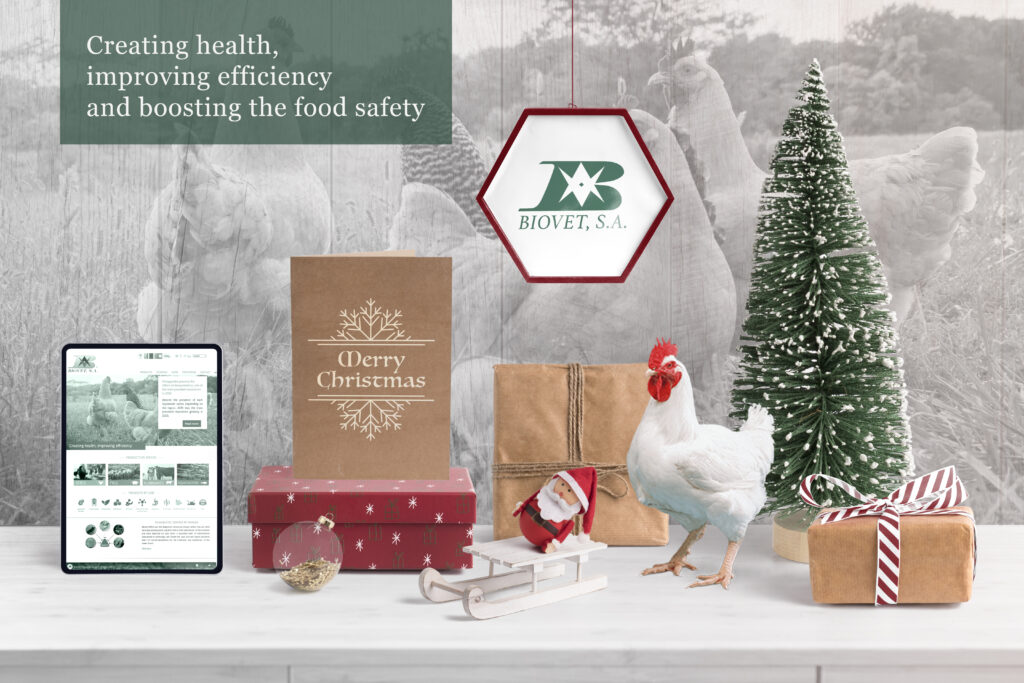