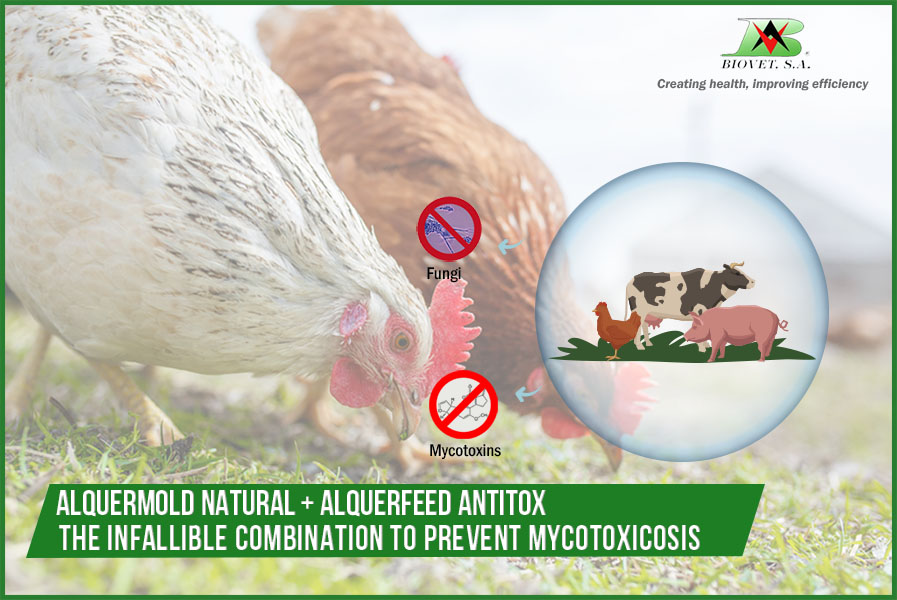 The combination of a natural preservative with the mycotoxin binder of Biovet S.A. ensures a total prevention of the toxic effects of mycotoxins

Fungi and mycotoxins represent and important challenge in the way to achieve the performance objectives in farms, due to the negative effects they have on animals. To prevent mycotoxin consequences, it is essential to apply methods with a double focus: against mycotoxins and against the fungi that produce them.

Mycotoxins are produced by different filamentous fungi (Aspergillus, Fusarium, Penicillium, Claviceps and Alternaria) as a part of their reproductive strategy to compete against different bacteria and fungi for the search of organic matter as a substratum. Mycotoxins can be classified into five groups depending on their chemical structure (see table), which is also related to the effects they have on animals.

Cimenol ring and citric acid, both present in Alquermold Natural, act synergistically to eliminate fungi from feed and, therefore, prevent mycotoxin synthesis. This synergistic combination was developed by Biovet S.A., who holds the patent of their application.

Alquermold Natural, whether in the grain or in the balanced feed, has a strong fungicidal activity that lasts for a long time and kills mycotoxin-producer fungi and prevents them from growing again. 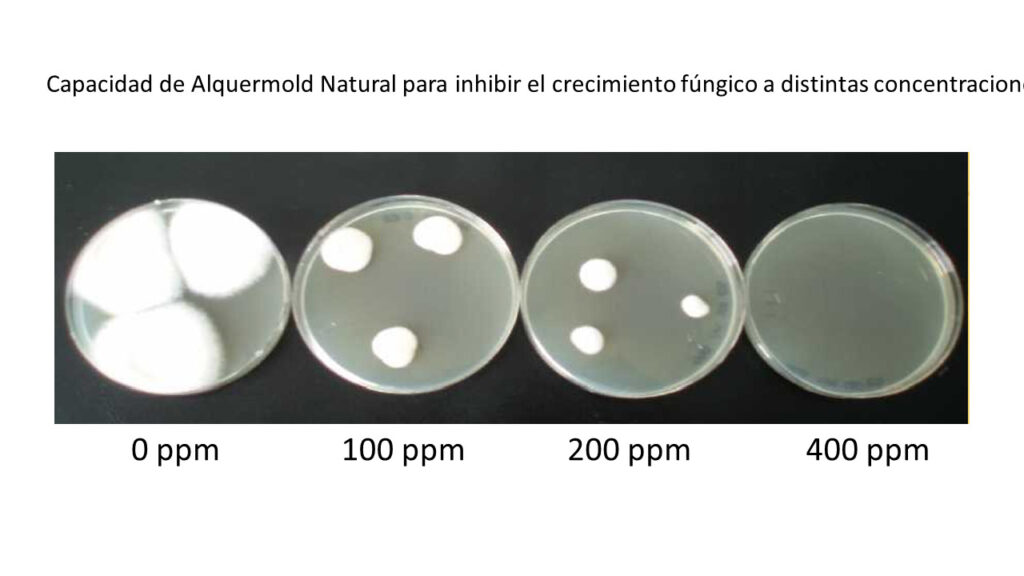 Alquerfeed Antitox, the binder with a broader spectrum of action

The mechanism of action consists of binding mycotoxins so that they do not irritate the digestive mucosa nor are they absorbed by the animal. This way, mycotoxins are excreted with dejections. This product is effective in all species, including ruminants, poultry and pigs. 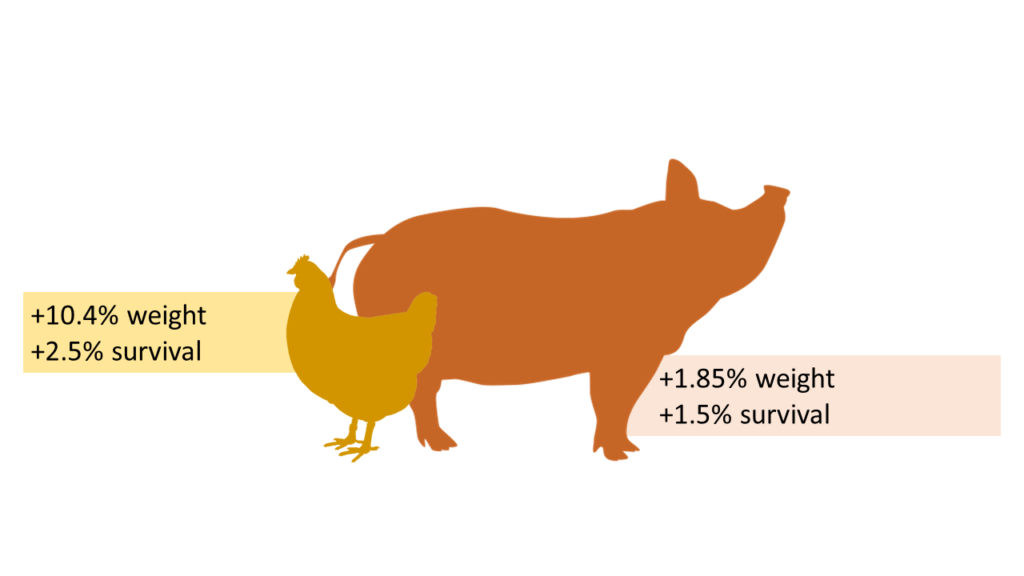 Fig. 2. Effects of Alquerfeed Antitox on performance in chickens and pigs that received mycotoxin-contaminated feed with or without a binder.

The definitive combination against mycotoxins

The elimination of fungi from feed does not completely prevent the effects of mycotoxins since they can be present in grain from the harvest. In addition, mycotoxin binders can also be insufficient, because fungi can keep producing mycotoxins.

For this, Biovet S.A. developed a dual strategy that consists in the application of two products for a full protection against mycotoxins: Alquermold Natural and Alquerfeed Antitox.

Both products are based on a unique patented technology that, first, eliminates mycotoxin-producer fungi from grain and feed, and, secondly, prevents all toxic effects caused by the mycotoxins that remain in the feed.