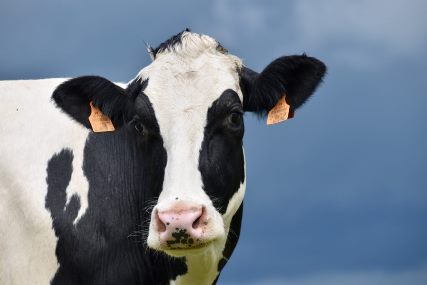 Alquerfeed Antitox, mycotoxin binder of Biovet S.A., patented worldwide in 1988, has been proved effective throughout its more than 30 years on the market in all species and productive aptitudes. Several experimental and field trials confirm that it is a product useful for poultry, including broilers and laying hens, and even in less common species such as turkeys; as well as in pig farming, where it is used both in breeders and fattening pigs.

Furthermore, the latest trials carried out with the mycotoxin binder have demonstrated its efficacy in different ruminant species in reducing the presence of aflatoxin M1 in milk during lactation period.

Aflatoxins are toxic and carcinogenic mycotoxins for animals. They can cause pathological damage but, in addition, these aflatoxins can be metabolized by dairy cows and produce toxic metabolites. In this regard, aflatoxin M1 stands out. It is produced once aflatoxin B1 is metabolized and it is characterized by being hepatotoxic and carcinogenic, therefore posing a risk to public health.

The latest trials carried out with Alquerfeed Antitox have shown that the product is adequate to reduce the excretion of this mycotoxin in milk. Thus, in a trial conducted at Iowa State Universitiy Alquerfeed Antitox was administered to dairy cows to mitigate aflatoxin M1 contamination. Results showed that the product is an effective strategy as it obtained a 27% lower concentration of AFM1 in milk, 28% reduction in transfer rate and 35% less excretion of AFM1 in milk.

Moreover, the study also concluded that the administration of the mycotoxin binder does not have negative effects on the production parameters, since Alquerfeed Antitox does not interfere with other components in the diet. 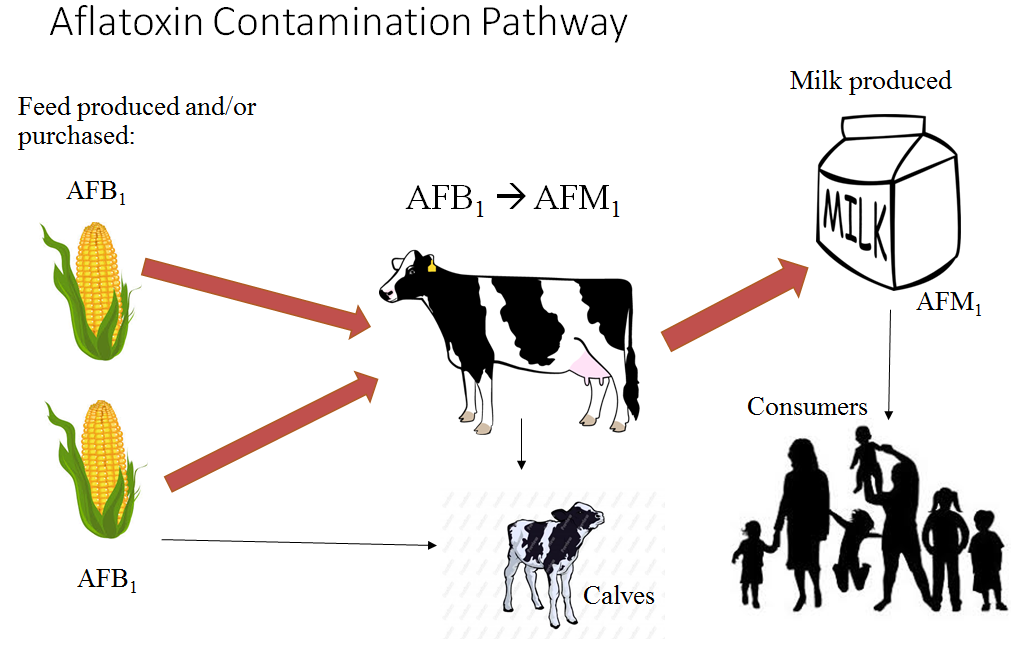 On the other hand, Alquerfeed Antitox was also tested to reduce the concentration of aflatoxin M1 in goat milk. The trial was conducted at Universidad de Córdoba and results showed that the concentration of AFM1 in milk was 26,27% lower than the positive control. In addition, as in the previous case, the supplementation of the mycotoxin binder did not affect production, milk composition or production parameters.

With these results, Alquerfeed Antitox is consolidated as an effective mycotoxin binder to considerably reduce the excretion of Aflatoxin M1 in milk in different ruminant species. All this, together with other studies carried out previously, have shown that this mycotoxin binder is suitable for any species and productive aptitude.

The reason is that it is a mycotoxin binder based on a patented molecule called Silicoglycidol with a wide spectrum of action thanks to its optimized adsorption surface. In addition to being effective at low doses (0.5 g / kg), it does not adsorb in its structure other beneficial products for the animal such as vitamins, enzymes, amino acids or drugs, and it is stable at the different pH of the digestive tract of all farm animals.