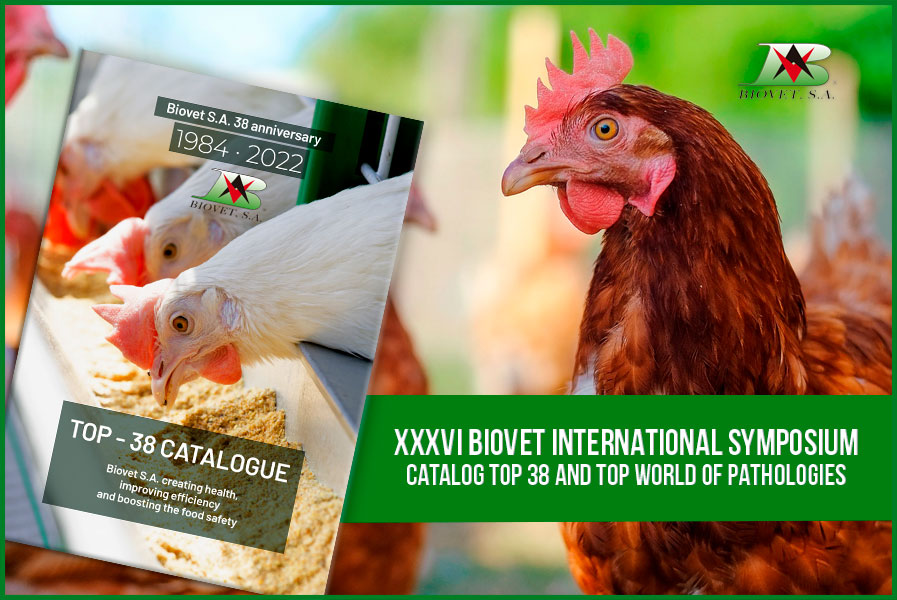 On October 21, the XXXVI International Symposium of Biovet was held in virtual format. In the second part of the congress, the TOP 38 catalog of the company was presented, as well as the most important poultry and swine pathologies worldwide.

Presentation of the TOP 38 catalog to commemorate the 38th anniversary of the company.

During this session, Ekaitz Maguregui, veterinarian of Biovet S.A., presented the TOP 38 catalog composed of products with a long history in the company that adapts to the current needs of many countries. The launching also serves to celebrate Biovet’s 38th anniversary.

Several of the solutions grouped in TOP 38 were presented by customers and distributors at the Symposium. This was the case of Alquerfeed Esevital, a supplement based on Vitamin E and Selenium, effective in maintaining oxidative balance and preventing multiple pathologies, which was presented by Dr. Alejandra Ruiz Real.

For his part, Dr. Vicent from China spoke about the quality of the footpads and the prevention of lesions in this area with the use of Aval 9 from Biovet S.A. This product is composed of vitamins such as biotin and intestinal conditioners that restore the epithelia.

Dr. Germán Bertsch spoke about Alquermold which is a preservative of feed and raw materials, which inactivates the bacteria at an enzymatic level and stops their development. Dr. Bertsch also talked about Alquerfeed Layers which improves poultry bone density and shell quality. This product has intestinal conditioner pronutrients that improve mineral metabolism and stimulate calcium absorption.

Following this, Dr. Heiner Hernandez explained the benefits of Alquermix LN, which contains Silicoglycidol (mycotoxin binder) and liver and intestinal conditioner pronutrients that help prevent the negative effects of mycotoxins. Also, the product Alquerflav porcine was presented by Dr. Alexander Obando from Peru and its benefits in piglets.

Finally, Dr. Antonio Caleffi commented on the field trials in Italy with Alquernat Nebsui as an alternative to replace zinc oxide.

As part of the XXXVI Biovet International Symposium, the most important pathologies of poultry origin were presented by Dr. Maria Soriano of Biovet S.A. Among these pathologies, necrotic enteritis was highlighted due to its high incidence, caused by Clostridium perfringens.

Mycoses caused by fungi of the Candida or Mucor genera were also included, as well as mycotoxicosis caused by trichothecenes and aflatoxins.

Diseases such as enzyme deficiency and poor fat quality that affect the digestive tract of the poultry and alter egg quality were mentioned.

Infectious diseases were also included. In the first place, infectious toxic hepatoenteritis caused by bacteria and of great impact in poultry farming; infectious bronchitis which is a viral disease with respiratory symptoms; and aspergillosis which is a fungal disease that causes systemic lesions.

Poultry coccidiosis caused by Eimeria was also included as it is the parasitosis with the greatest impact in poultry farming. In addition, biotin deficiencies were also mentioned because they generate deterioration in the integrity of epithelia; and chemical burns caused by formaldehyde.

Finally, pronutrients deficiencies that predispose to the diseases mentioned above were explained. These are molecules of botanical origin that optimize organ function.

In conclusion, Dr. Soriano mentioned that it is important to know the cause of the disease to correctly solve these pathologies and the predisposing causes of each one such as pronutrient deficiency, deficient feed hygiene, biotin, enzymes, or the presence of mycotoxins.

The most important swine pathologies

In the last lecture of the Symposium, Dr. Ekaitz Maguregui from Biovet S.A. presented the TOP 13 swine pathologies worldwide. Among these diseases, several of bacterial origin stand out, such as infectious enteritis in piglets; pneumonic complex; abortions caused mainly by Leptospira and Salmonella; Metritis and MMA Syndrome. In addition, the causes of joint infections were explained; the impact of Glässer’s disease; abscesses caused by bacteria of the Actinomyces genus.

On the other hand, mycotoxicosis produced by different fungi that can cause sow abortion was also discussed. Additionally, the immunodeficiency syndrome was mentioned, which is generated by stress states, nutritional deficiencies, or infectious agents. Coccidiosis was also listed for its great impact, caused by Isospora suis.

Lastly, porcine dermatitis and nephropathy syndrome, which is exclusive of pigs, and other diseases that cause dermatitis of infectious origin were named. In addition, the causes of pericarditis, endocarditis such as Erysypelothrix rhusiopathie and meningitis. Finally, Salmonellosis that causes enteritis in pigs was listed.

Among the predisposing factors of these diseases, Dr. Maguregui named four main ones:

To treat and prevent this TOP of swine diseases there are options such as the pronutrients line mentioned above. In addition, there are microbiocidal products such as Alquermold Natural which favors the microbiological quality of the feed and promotes the balance of the digestive flora. Enzymes from the Alquerzim line can be supplied to improve digestion. Finally, mycotoxin binders such as Alquerfeed Antitox or Alquerfeed Binmold prevent the negative effects of these metabolites in the feed. 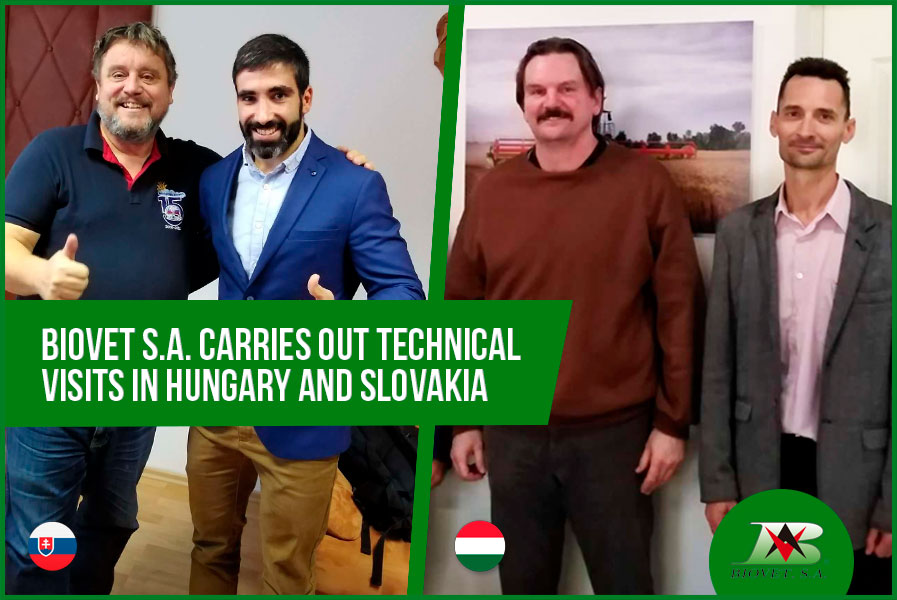 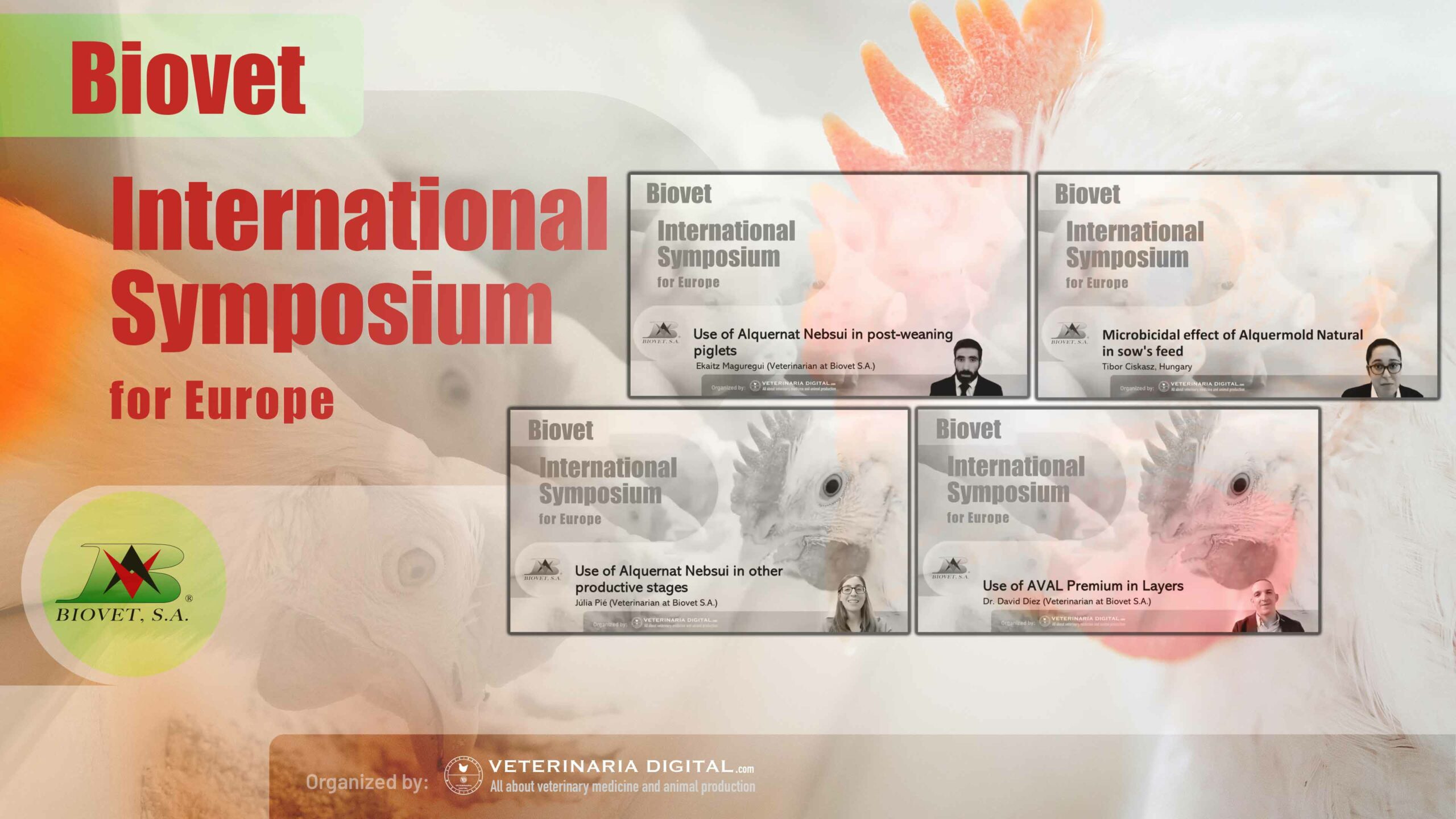 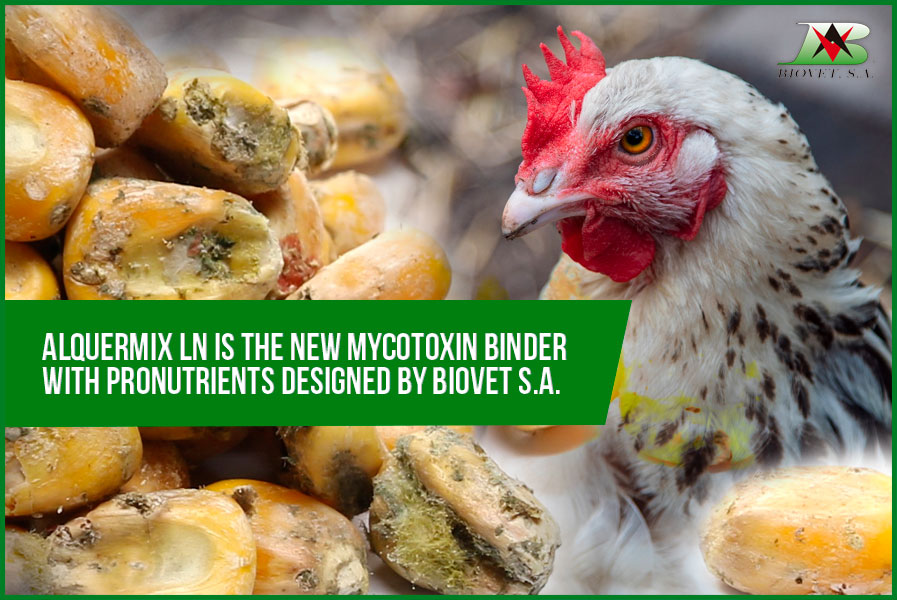