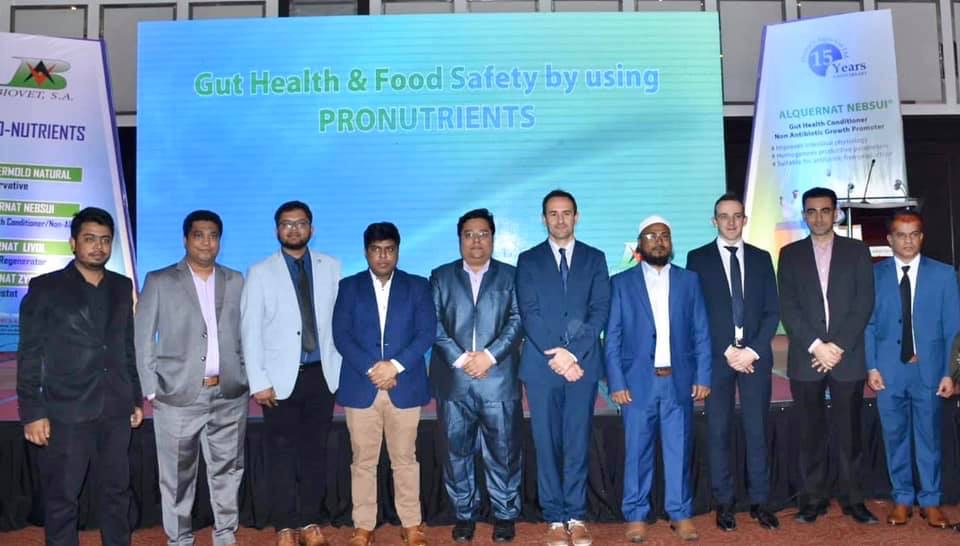 On Saturday 11th January, a technical and commercial team of Biovet S.A. travelled to Bangladesh to attend the seminar entitled ‘Gut Health and Food Safety by using pronutrients’. The workshop was organized by Doctor’s Agrovet, distributor of Biovet in the country, and veterinarians, producers and entrepreneurs attended the congress. The opening was given by Mr. Carlos Domenech, manager of Biovet, and Dr. Rafiul Karim, director of Doctor’s Agrovet, who welcomed the attendees.

In the meeting, it was addressed the importance of intestinal health as a fundamental element to obtain good production rates, which also has an impact on food safety. Given the large number of population in the country, the consumption of eggs and meat increases and also the chances of cross contamination. Therefore, it is important to look for animal nutrition solutions that improve the health status of animals.

In this regard, during the meeting natural products based on pronutrients which allow the reduction of contaminations and avoid the use of chemical products were presented.

In the scientific program, Dr. David Diez, veterinarian of Biovet S.A., presented the most common problems related to intestinal health. Specifically, he presented a trial about the use of Alquernat Nebsui in poultry, a product that contains intestinal conditioners pronutrients. As Dr. Diez said during the conference, the target cells of Alquernat Nebsui are the enterocytes. In those cells, pronutrients stimulate the functionality of ribosomes and, therefore, the synthesis of functional proteins and cell activity.

With this product the absorption of nutrients improves, it stimulates the regeneration of intestinal mucosa, and improves the digestibility of feed. It also controls the growing of pathogenic microorganisms.

In addition, its use can replace antibiotic growth promoters and it reduces the use the chemical additives. 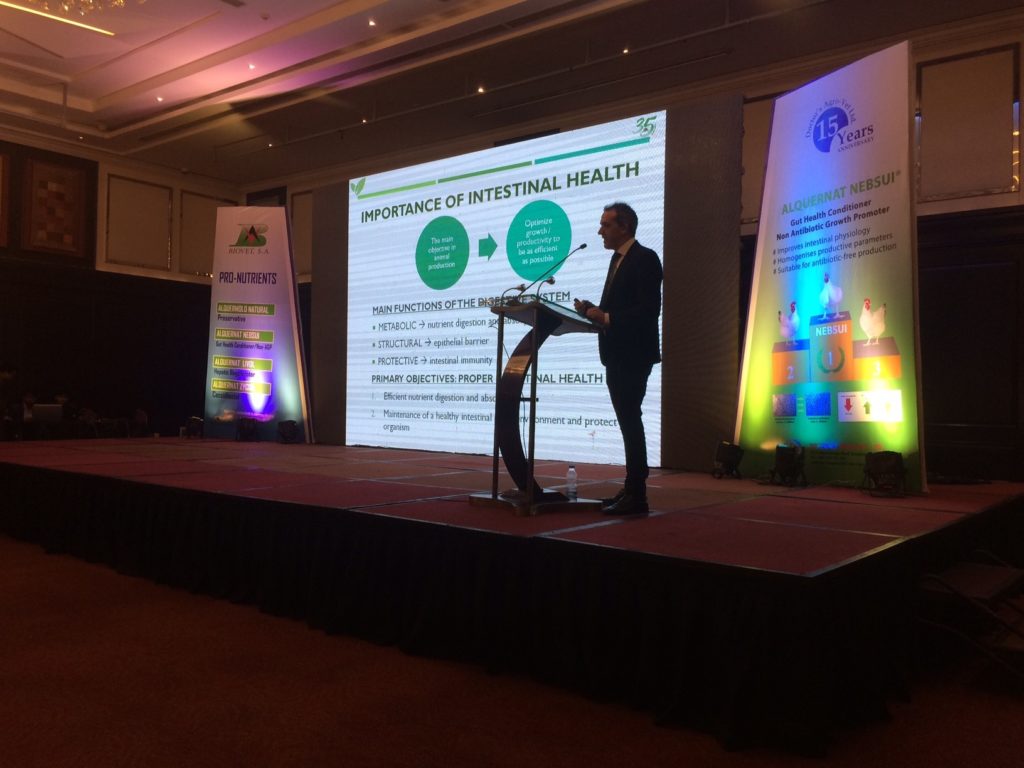 Alquermold Natural to reduce the prevalence of necrotic enteritis

On the other hand, during the congress the natural preservative, Alquermold Natural, was also presented. It is also indicated for the prevention and treatment of necrotic enteritis, caused by Clostridium perfringens, one of the main pathologies on farms which causes numerous economic losses.

It is an additive made from plant extracts that acts as both feed bactericide and fungicide. It prevents feed deterioration and the appearance of infectious diseases. In addition, it can also be used as an intestinal biocide to eliminate pathogenic microorganisms found in the intestine, such as Salmonella, E. coli, Clostridium, Staphylococcus or Aspergillus.

Other experts who addressed the issue of biosafety and food security also participated in the congress. Key points today to ensure that the final product meets the standards set by law. 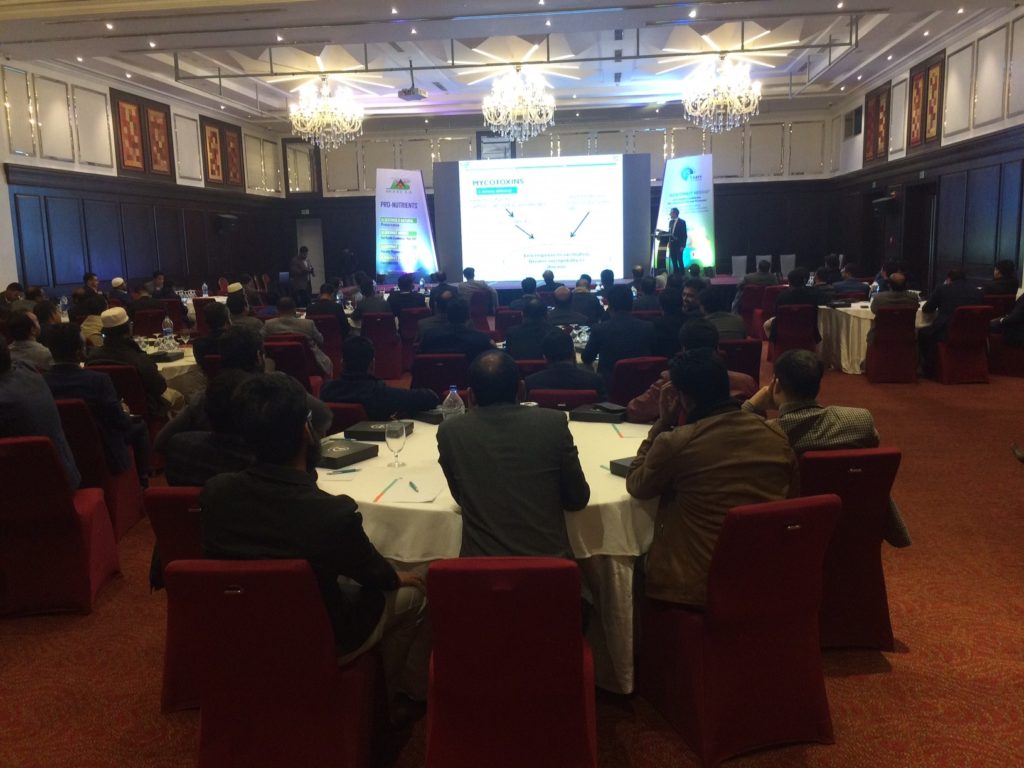 Conference on the use of pronutrients to prevent protozoan diseases at the Turkey TimesRead more.