Pronutrients, mycotoxin binders and natural preservatives in the Simposium Biovet in Golden Sands 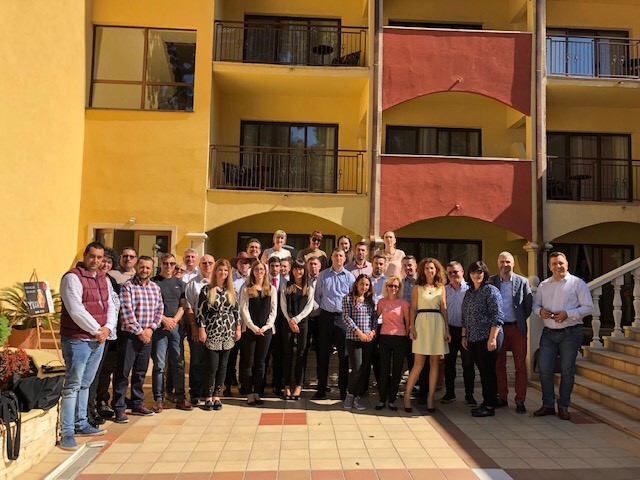 On Saturday, 28 September 2019,  a workshop was held in Golden Sands (Varna, Bulgaria) with conferences about the use of natural additives in animal nutrition. The event brought together around 50 veterinarians, poultry and pig producers and technicians from Rumania in a symposium which was organized by the distributor of Biovet in Rumania, Stelban Com S.R.L. and Biovet S.A.

Pronutrients had a huge representation in this congress. Also, conferences on mycotoxin binders and natural preservatives were addressed.

In vivo and in vitro trials about pronutrients

Pronutrients are molecules of natural origin which improve the animal physiology and are presented as solutions to substances traditionally used in the prevention  of diseases, such as coccidiostats and antibiotic growth promoters (AGP).

According to the definition given by Dr. Gordon Rosen in the 50s, they are micro-ingredients that administered in small doses allow to improve the physiological functioning, feed intrinsic nutritional value  and to avoid the presence of pathogens. A fact that has a positive impact on animal production and welfare.

During the event, the latest trials of the mycotoxin binder, Alquerfeed Antitox, were also presented. It is a mycotoxin binder based on the Silicoglycidol molecule with the ability to bind a broad spectrum of mycotoxins and with the peculiarity that it does not adsorb nutrients that are beneficial for the animal.

On the other hand, there was also a conference about the use of Alquermold Natural, a natural preservative that acts as a bactericide and fungicide in feed. Its use prevents the deterioration of feed and the appearance of infectious diseases.

To end the day, Dr. Anna Tesouro from Biovet S.A. made a presentation of the new line of organic products from Biovet. This type of production has the objective of producing quality and residues-free products whilst minimizing human footprint on the environment. By doing so, feed manufactured under organic requirements use natural sources respectful with nature, which preserve biodiversity.

The Symposium at Golden Sands was organized by the Biovet distributor in Romania, who invited customers, veterinarians and technicians to Varna to attend these conferences.