The use of pronutrients in aquaculture led the Biovet International Symposium 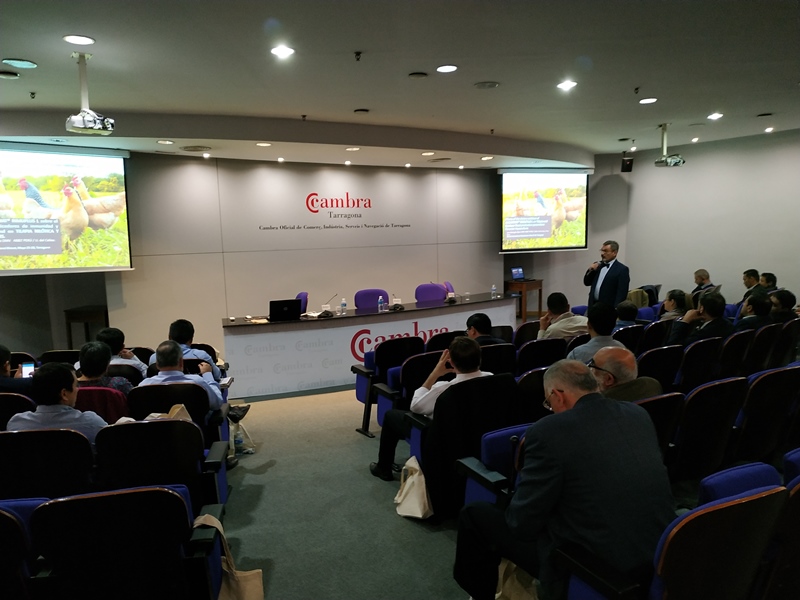 The Chamber of Commerce of Tarragona host the 32nd edition of the Biovet International Symposium. During the first session, assays about the use of pronutrients in aquaculture were presented.

In the first talk, Ing. Alfredo Palomino, of the Científica del Sur University, exposed the conference “Productive performance of Nile tilapia fingerlings fed with Alquernat Nebsui”. The aim of the study was to measure the improvement of the intestinal health and the modulation of the gastrointestinal tract’s microbiota. The results of the test revealed that the supplementation of the intestinal conditioning additive into the habitual diet in an optimal dose of 1% of total feed intake, resulted in a 9% improvement in the fingerlings’ feed conversion rate (FCR) during the nursery stage.

Moreover, the results of the use of intestinal conditioners pronutrients showed a better status of the intestinal morphology in the Alquernat Nebsui-treated groups.

Trials with Alquernat Immuplus with Nile tilapia and Rainbow trout

The second conference was conducted by Dr. Juan B. Battaglia, of Aquaculture Businesses & Technologies Peru S.A.C., in collaboration with Universidad Nacional del Callo from Peru. Dr. Battaglia exposed the conference “Use of liquid Alquernat Immuplus on growth, immunity indicators and nutritional status in Nile tilapia and Rainbow trout”.

The test performed with tilapia revealed a positive impact on the growth and productive parameters of the batch treated with Alquernat Inmuplus, a natural immunostimulant that potentiates the animal’s specific and non-specific immune system.