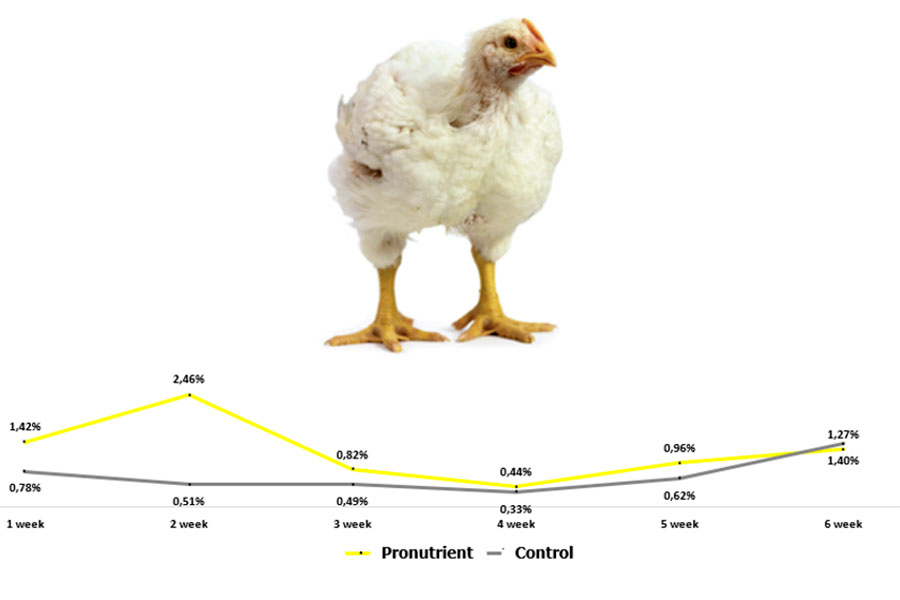 In 2018, a study conducted in Antioquia region (Colombia) evaluate the effects of Alquernat Zycox, intestinal optimizer pronutrients and Alquernta Nebsui intestinal conditioner pronutrients, administered from day 21st to 40th of the production cycle, on productive parameters.

Data from a total of 66.300 animals separated in two batches were analyzed:

From day 21st until day 30th, in the TREATMENT BATCH, intestinal optimizer pronutrients were administered “ON TOP”, together with coccidiostats.

From day 30th until day 40th, both the chemical coccidiostats and antibiotic growth promoters were removed.