Identification of genes and tissue-specific proteins induced by Alquernat Immuplus 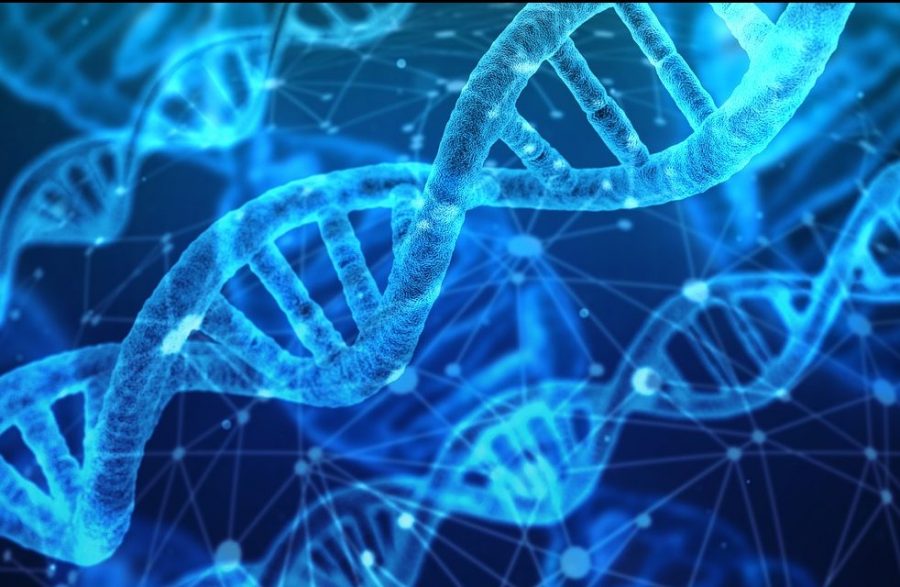 The aim of this trial is to evaluate the effect of natural immunostimulant pronutrients (Alquernat Immuplus) on the expression of specific genes related to the immune system in an in vitro culture of porcine alveolar macrophages.

Procedure for obtaining specific tissue-proteins that have increased expression thanks to the use of immunostimulant pronutrients is based on the following stages: 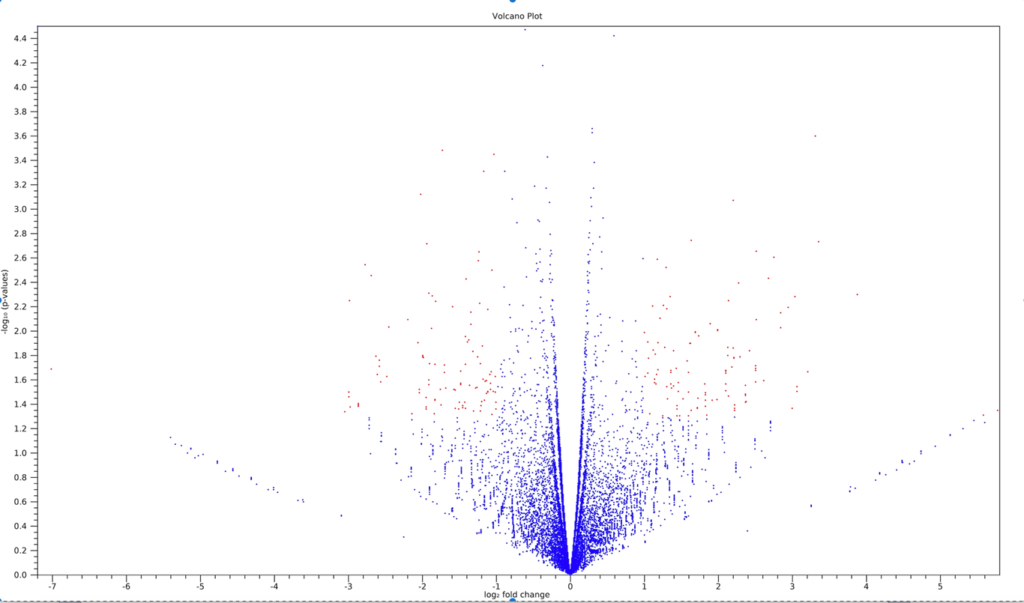 
Volcano plot is a scatter diagram of -log10 (p) (on the vertical axis) as a function of M (on the horizontal axis). Genes that are expressed differently (statistically significant difference) and, therefore, with “fold change”, will tend to be found at the upper right and left sides of the chart. 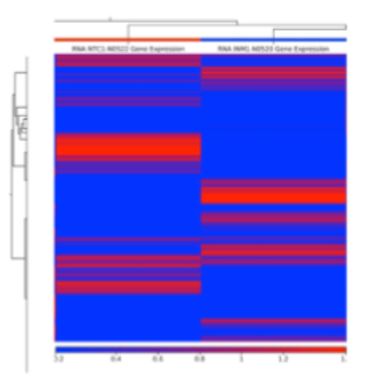 In the case of the heat map, samples are grouped into control samples (right) and treated samples (left), and difference in expression is shown through a color code.

Analysis revealed that treatment of alveolar macrophages with a natural immunostimulant causes the induction of the following groups of genes:

Induction of a chemokine ligand involved in the formation and function of lymphoid tissue at the mucosal level and the recruitment of helper and regulatory T cells. Expression of MASP2 peptidase related to complement and elimination of pathogens through these biochemical cascades of the innate immune system. Increased expression of regulatory protein ZBTB32 that participates in formation of an expansive nucleus of NK cells that fight viral infections.

Overexpression of genes involved in the cell cycle; pro-apoptotic genes and tumor suppressors. Phagocytosis of pathogens by pro-apototic cells achieves a significant reduction in viral or bacterial load. In addition, once lysates, these macrophages are an essential source of antigens that can stimulate T-specific cells.

These mentioned structures participate in adhesion and degradation of extracellular matrices, and are essential for infiltration or extravasation of macrophages and dendritic cells.

Induction of expression of global transcription regulators and GPCRs (G protein-coupled receptors). These regulators and receptors respond to a variety of extracellular stimuli and, ultimately, give rise to specific cellular responses. This type of signaling is essential in macrophages for key processes such as differentiation/polarization, elimination of pathogens or activation/resolution of inflammatory response.

In addition, there are different genes whose expression is repressed in the presence of natural immunostimulatory pronutrients, such as:

As conclusions of this trial, it can be said that natural immunostimulants are able to:

All mentioned above is finally reflected at productive level as a better general condition of the animal, a better response to vaccination and a decrease in mortality on the farm. 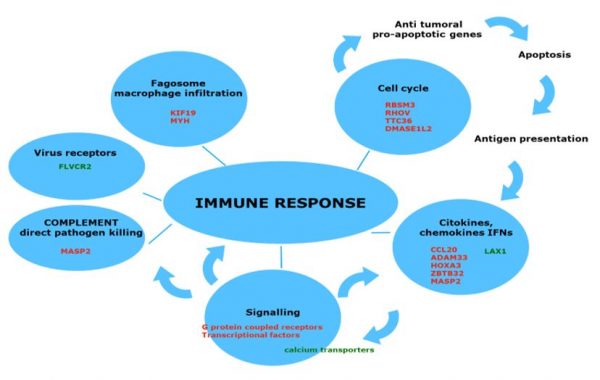 This natural immune booster has been developed by Biovet S.A. and it is marketed under the name Alquernat Immuplus.