Biovet S.A. Laboratories, company manufacturer of natural additives for animal feed, turns 35 years. On the 35th anniversary, Biovet S.A. will publish a collection of 12 news on Veterinaria Digital, which will be published on a monthly basis, where the history of the company will be explained. This is the first number of the series and addresses the years prior to its creation.

“Biovet S.A. was founded in Tarragona at a time when poultry was a very important economic sector in the region “

The corporate constitution was formulated the previous years with several action, studies and collaborations related to the diagnosis and application of zootechnical programs, and the research of the principal causes which lead to productivity losses.

It was in 1984 when a group of veterinarians and chemists -with extensive experience in clinical practice and in the manufacture of additives and premixes for animal nutrition – decided to establish the company.

“Most of its founders studied at the University of Córdoba, an institution much focused on clinical research, specially by the hand of professors Castejón and Jordano” 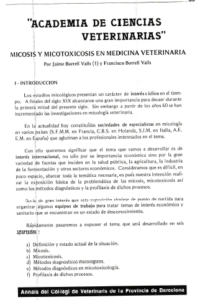 In 1979, Dr. Borrell conducted a lecture at the Academy of Veterinary Science entitled ‘Mycosis and mycotoxicosis in Veterinary Medicine’. It is a remarkable moment in his career as he presented the first etiological classification of mycosis by anatomical areas.

“The founders actively collaborated with academies, universities and participated in several congresses”

In 1983, Dr. Borrell took part at the XXI Symposium Scientific carried out by the Spanish section of the World Association of Scientific Poultry, where a seminar about ‘Respiratory processes in broilers and femoral injuries’ was given. These trials studied the use of isolated microorganisms from the bone marrow as a tool to prevent respiratory and septicaemic diseases in birds. 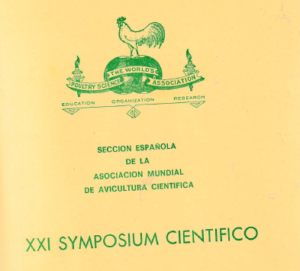 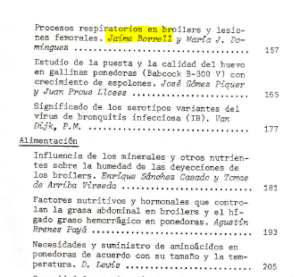 The same year, training and dissemination sessions on animal feed were held at the Official College of Veterinarians of Tarragona. Sources of raw materials, the impact on manufacture of new trends formulation of animal feed, and other aspects regarding regulation were discussed. 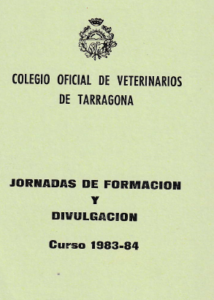 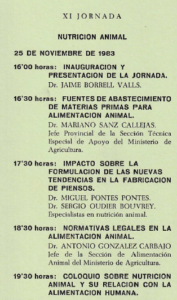 Dr. Borrell also gave the conference ‘Ochratoxin A: injuries‘ held at the Universidad of Barcelona in 1984 and, that same year, became part of the Reading Committee of the journal Archivos de Zootecnia at the Faculty of Veterinary Medicine of Córdoba . 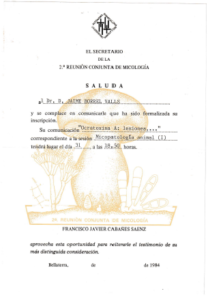 “Clinic, analysis and diagnosis, were key points in the foundation of the company”

These facts, added to the formation in veterinary sciences of the founders were the first steps to establish the bases and create Biovet S.A., a company focused on the research and production of additives for animal feed.